With the 09/10 campaign now already in its 5th week, the Lube Kings find themselves with a 3-1 record in division 4 play. The first few games proved to be of the team building variety with the home side overcoming several early goal deficits en route to victories.

New additions Chubala, Nixon and Leduchowski are proving to be valuable additions to the squad as all 3 have shown up regularly on the score sheet.

Of note, Chris Leduchowski hopes to bring a championship vibe to the team after recently claiming championship glory in the Wpg senior men’s outdoor soccer league. 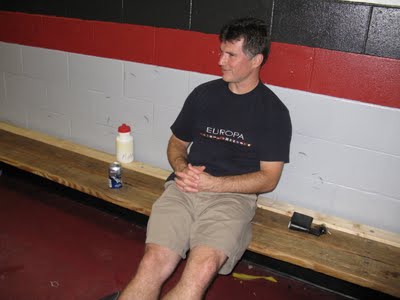 The Lube Kings can next be seen on the ice this Saturday @ 22:30 VS The Blues at Glenwood.