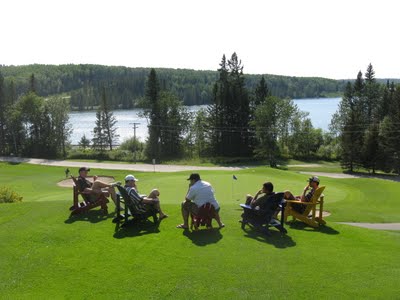 As the summer that never was draws nearer to its end, the members of the Lube Kings hockey club are now in full preparation mode for the upcoming winter season. Dry land training is now a mandatory conditioning requirement for the 4th divison’s elite squad.

The Lube Kings will be sporting new uniforms this season. The prestigeous orange and blue of the 80’s Oilers will be making its debut on the Dakota ice in late September. Thanks to Fagundes for his work on the new design.

The Lube Kings are also welcoming a new addition to its family this year with the addition of newly signed Stephen Nixon (Stevie Nix) Nixon brings with him a wealth of….. Well, he’s a good guy and he’s got the cash. 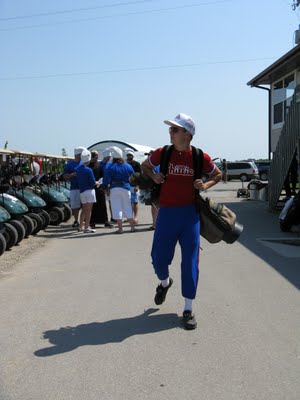 In related player moves, the club announced today the signing of highly touted defenseman Chris Leduchowski to a 1 year guaranteed contract. Chris brings with him years of captaincy in the fire department league and all the trash talk you know that entails.
(Seen here decorating a cake) 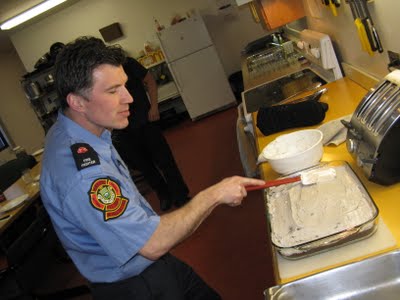 Our third and last off season acquisition is Kyle Chubala who come to us by way of our European farm system. Kyle comes highly recommended and has been signed to an entry level contract.

More info on game times to follow in the coming weeks.