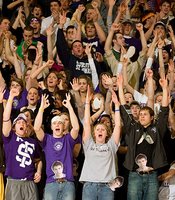 It was all smiles in the Lube Kings dressing room last night following a resounding 5-0 first round victory over the Crazy Coyotes in Dakota league action. Led by Shawn’s 2 goal performance, the home side now awaits the winner between 13 Guys and a Puck and the Chiefs. Others chipping in on the the score sheet last night were Dano & Graham both recording 2 assists, and Rick & Chris both notching goals and assists. Updated stats are now available on the website.

There’s nothing like peaking at the right time, and this certainly applied to Goalie Mich. Realizing the magnitude of the game at hand, the fabled puck stopper managed to produce his first shut-out of the season. “I think we had to send a message to the rest of the league with this game.” An introspective Driedger shared with the media following the contest.

We’ll see if the message was received by the rest of the league later this week when the Lube Kings take to the ice once again in round two.