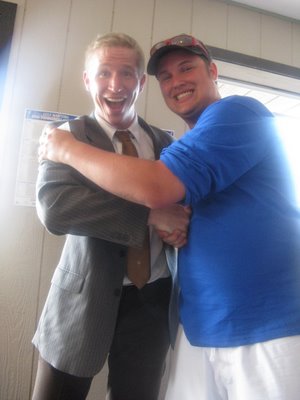 We’ll soon be dropping the puck on the 08/09 season and the Lube Kings are now finalizing its roster for the coming season.

The organization is pleased to announce the signing of Winnipeg’s own Martin Bruyere to a 2 year plus option contract. Marty returns to us after a 4 year hiatus spent coaching at St Boniface College. Bruyere last saw action in the famous Lube King Blue and White during the summer 2004 championship campaign, during which he maintained a 2.3 ppg average. No pressure.

The start of the season is tentatively set for the 2nd week in September.

Stay tuned for updated stats as the season gets under way.